As an organiser and de-clutterer I am constantly on the look out for new ways of wording to my hoarding clients the importance of life and experiences in comparison to items and belongings. How the latter, when ‘abused?’ can have negative effects on both our state of mind as well as relationships and even our health.

I recently watched an episode of one of my favourite US shows ‘Hoarders: Buried Alive’. It was one of the best I’d seen mainly because of a fantastic Psychologist who appeared on the show, and the way in which he could express his methods in such an effective, well worded way.

Ray, the client had been a hoarder for years and years and as with many hoarders he had been through a trauma in his life which seemed to set something off. Perhaps as it was explained  there was a connection between the fear of not letting go and a terrible accident involving his daughter years before. It’s not that there is a rule that all hoarders have had something awful happen but it for sure a common factor which seems to kick off typical behavioral traits.

Ray’s home was a sad state. He could barely move for stuff on the floors, every surface was covered and any space available had been filled. You can I’m sure picture this in your head as there have been many stories in the media in recent years involving similar situations. Ray himself a well presented middle-aged man who came across as a lovely man, articulate and extremely aware of what he had become.

The conversation I wanted to share could potentially help all of those who struggle with clutter and particularly the issue of letting it go. Here was roughly the main content…

The Psychologist asked Ray to envisage a fire marshall saying his house was a blaze and that he had 5 minutes to get from the house anything that he needed. What hat would he get?

After 1 minute nothing was said. The Psychologist gave him a time check. After 2 still nothing, Ray was clearly flustered. 3 minutes pass and then 4 and 5. Ray couldn’t mention one item in his house. He looked almost stunned with himself but also I believe he wasn’t too shocked.

When asked to envisage the fire marshall saying ‘Right out or you will die!’ Ray confirmed he would be out of there immediately. I found it interesting that although of course he would not risk his life for all of these items that he had accumulated, he was in fact for all of those years willing to live a much lower quality of life. He didn’t invite friends over, he lived with strong feelings of shame, guilt and stress and felt his life and productivity was a very low quality…Slightly ironic that the very items he couldn’t think of due to their lack of importance were the very ones making his life a misery.

Do you have problems letting go of things you know deep down you don’t need?

Next Ray was asked why he hadn’t before got rid of anything? His answer was because whenever he looked around all of things were needed.

Ray was asked what it meant when he described ‘needing an item’. After some thought Ray responded very honestly and said he thinks perhaps he had the words ‘need’ and ‘want’ confused.

He continued explaining how he knows we (he) need air, water, food etc…

The things he has collected he simply wanted.

A great lesson to be learnt for us all in this culture we live in where spending what we cannot afford and putting purchases on credit cards are the norm!

Do you need it? Or simply want it? 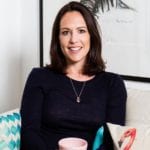 Vicky Silverthorn started her first business in 2010. After ten years working as a PA for well known names such as Lily Allen as well as professional sports people, she decided that she wanted to concentrate on the area of Professional Organisation and Decluttering.